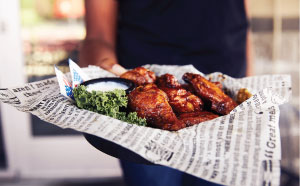 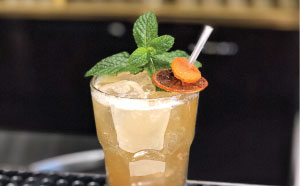 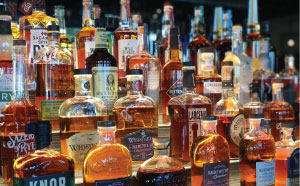 Big Whiskey’s American Restaurant & Bar Jefferson City is  Jeff City’s newest hotspot for lunch, happy hour, dinner, and late night. It’s a sports bar for sports enthusiasts, a whiskey bar for whiskey devotees and novices alike, and a friendly, relaxed atmosphere for a family night out. After 13 years in Southwest Missouri, the popular restaurant has made its way to the capitol!

Raise a glass and toast the newest member of the BW family!

The newest addition to the Big Whiskey’s brand opened in Jefferson City, MO on Friday, October 18th, to incredible enthusiasm in the community, setting a company sales record for opening weekend. The brand, which started franchising its “American Restaurant & Bar” concept in 2015, has seen great success in previous franchise grand openings but none to this scale.

“An opening like that really charts the course for success. The team in Jefferson City put in the hard work and it really paid off,” affirmed Paul Sundy, co-founder of Big Whiskey’s and acting Senior Vice President of Operations. He continued, “We know our brand is special and we know our stores have the potential to become staples in the communities we’re growing into, this weekend in Jefferson City really proved that.”

A representative for the Jefferson City Big Whiskey’s location says the grand opening celebration will continue as it sets its Community First approach in motion. For the remainder of October, the newly-opened restaurant, located at 627 W. McCarty Street in the historic JCD Building (now named River Park) has pledged to donate a portion of its profits to Dine United benefiting United Way of Central Missouri. On the charitable organization’s website, United Way of Central Missouri says it “fights for health, education, financial stability and basic needs of every person in central Missouri.”

Big Whiskey’s will continue their Community First efforts in November, as the restaurant is set to host a Coaches vs.Cancer event on November 4th at 11:30 am. Coaches vs. Cancer, in collaboration with the National Association of Basketball Coaches, fundraises for the American Cancer Society. The event will feature athletic director and head basketball coach of Lincoln University, John Moseley, and retired legendary University of Missouri head basketball coach, Norm Stewart. $10 Donations are requested at the event.

Big Whiskey’s, founded in downtown Springfield, MO in 2006, currently operates in Arkansas, Kansas and Missouri with additional stores in Alabama and Oklahoma, as well as a third Kansas City area location slated to open in 2020. The franchise operation is currently in negotiation for additional market expansions, but is not yet prepared to announce details. Stay connected with Big Whiskey’s on Facebook and Instagram.

STAY IN THE KNOW – AND SCORE SOME COUPONS AND FREE OFFERS ALONG THE WAY!